Research: How Dieting Makes Us Fatter

One of things I aim to do through this blog is to raise awareness amongst nutrition professionals on the long-term side effects that restrictive dieting causes. Many evidenced-based nutritionists know a lot about nutrition but there is a lack of awareness in the health and fitness industry on the emerging evidence around intuitive eating and a non-diet approach to healthy weight maintenance and overall health.

Dulloo et al’s (2012) research was brought to my attention in a soon-to-be published paper  by Kärkkäinen et al (2018)* looking at factors associated with successful weight maintenance over ten years. This paper highlights how successful weight maintenance in both men and women was associated with regular eating and having NO history of dieting, supporting the non-diet paradigm. Kärkkäinen cites Dulloo et al’s (2012) research when discussing dieting as a predictor of weight gain so I felt it was important to explore this research further and share it’s implications.

Dulloo et al’s paper reviews longitudinal studies on starvation and re-feeding as well as re-analyses the data from the Minnesota Starvation Study.

Hyperphagia is excessive hunger and is extremely common in those following restrictive diets, those who have lost weight and are now trying to maintain that weight loss, and those in recovery from eating disorders.

This is a metabolic, behavioural, neuroendocrine, and autonomic responses designed to maintain body energy stores (fat) at a level the central nervous systems defines as “ideal” for that individual. This is why it is often difficult to maintain weight loss long-term – the body wants to go back to it’s before-dieting baseline.

I feel we can use this research in several ways:

I’d love to know your thoughts! And if you would like to read the full paper, please drop me an email. 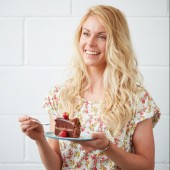